My husband told me it was time to cut back the oregano since we had to step over it to get into our garage. The oregano seems to love this spot–a place I didn’t even plant it! I don’t even recall where it started, but it has migrated over to this area where it grows amongst the irises and potted butterfly bush. Each year I dry more oregano than I could possibly use, then look for people to share it with. This year won’t be any different.

You may not realize it, but oregano is a great addition to your herbal medicine cabinet, too. As I was doing a little research for this article using my old, faithful herbal textbooks, I could’t find oregano listed in any of the indices. It occurred to me that it might be listed under marjoram, and I was right. In the older literature, origanum vulgare was known as wild marjoram and still is in some circles. The herb we call marjoram is origanum marjorana, or sweet marjoram. Both herbs provide similar benefits, but sweet marjoram tends to be milder (and sweeter, hence the name) with less of the essential oil found in oregano. Many chefs prefer using marjoram over the more pungent oregano, but I like to use both.

Whatever you call it, origanum vulgare has a long history of medicinal (and culinary) uses. It’s also found in ancient folklore. The Greeks believed that oregano growing on a grave was a sign of happiness for the deceased in his or her afterlife. The weather and soil in Greece provides just the right conditions for oregano, so I presume that most Greeks have passed on to a pleasant place.

Both oregano and marjoram were used in perfumes and cleaning solutions in ancient times, and were even added to ale as a preservative and to give it a nice aroma. My son-in-law brews beer as a hobby, so I must remember to suggest this!

Oregano “was used as a remedy for narcotic poisons, convulsions, and dropsy,” according to Mrs. M. Grieve, a renowned 19th century English herbalist whose books The Modern Herbal (2 volumes) are still in print today. These books are charming and informative, and I have found that they stand the test of time, although some terms are archaic. If you’re wondering what dropsy is for example, it’s the old term for edema, or swelling caused by fluid retention, usually of the hands, feet, ankles, or legs.

You can also brew some oregano tea to relieve headaches, then apply the tea bags to swelling or arthritic joints for additional pain relief. Oregano oil is known for its antimicrobial, anti fungal, and antibacterial qualities. Some studies suggest its value in fighting salmonella or e.coli poisoning. A few drops of the potent essential oil in hot water can serve as a great decongestant when you breathe it in. Another option is to sprinkle a few drops in your bath water to help open up sinuses AND relieve muscle aches.

Today, you can also find oregano oil capsules, a more pleasant way to take it internally. The oil has been shown in some studies to reduce LDL cholesterol, kill parasites in intestines, and improve symptoms of asthma, coughs, and bronchitis. It has been used to relieve menstrual cramps and treat urinary tract infections as well. Just a friendly warning, though—the oil is quite strong, and even if you swallow it in a capsule you might taste it for some time afterward.

I typically use oregano externally in baths and muscle rubs, and internally for cooking and teas. Try using dried (or fresh) oregano in my recipe for Eggplant Parmesan Slices. Check out my resources below if you want to learn more about taking oregano oil internally for some of the above conditions. 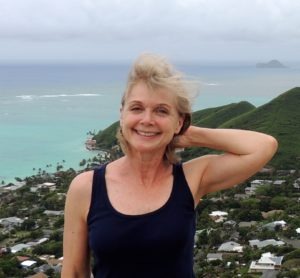